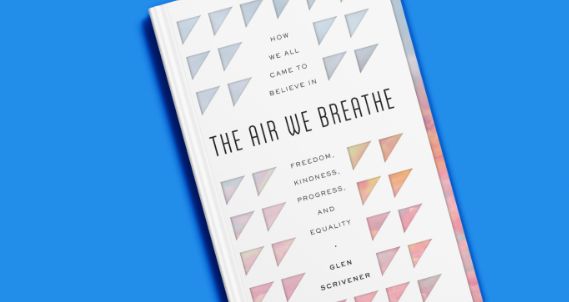 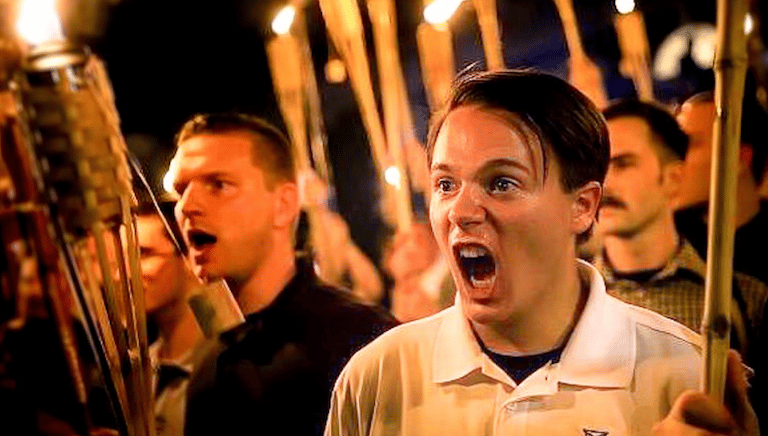 What’s your reaction to this photo of Peter Cvjetanovic?

So far 367000 people have retweeted it. That’s a very decent response. Certainly better than violence. Cvjetanovic has used his freedom of speech and freedom of assembly to espouse race-based garbage. Having done so he is not free from the consequences of that speech and that assembly. He has lived by the angry torch-lit protest, now he dies (figuratively) by the angry torch-lit tweet-storm. There’s a poetic justice there.

But is that our only reaction to Peter Cvjetanovic? If so I hazard to suggest that it won’t solve the problem of racism. Because what is racism? It’s basically the most naked and vulgar expression of “the flesh.” The Bible uses the word “flesh” to describe our natural instinct to raise ourselves up rather than pour ourselves out. It’s been said that you understand “flesh” when you knock off the last letter and read it backwards. Flesh is all about self. I trust myself, I serve myself, I strengthen myself, I assert myself, I boast in myself – this is the flesh and it sticks to me like skin to my bones.

Racism is the most obvious expression of “the flesh”. “The flesh” says: “I’m OK, I’m secure, I have an identity because of something in me, something you don’t have.” The flesh raises itself up, over against others, in order to make a name for itself. To be driven by the flesh you could point to your own achievements, intelligence, ideology, looks, strength, gender, sexuality, wealth, fame, influence – you could point to anything in you and that would be “the flesh.” But there’s nothing more obviously carnal than pointing to your own skin and saying “Look! Look at my flesh! It’s right there on the surface. I’m somebody because I’m white.” That’s pathetic. It’s tragic. It’s diabolical. It’s the flesh undisguised.

But it’s also why racism will not be fought simply by shaming. Exposure is good. Exposure helps. It brings the darkness out into the light. But shame-storms? Not so much. Why? Because we enjoy them too much. There is a deep part of us – mostly hidden, largely unacknowledged – that’s glad Peter Cvjetanovic exists. I mean he’s perfect – right down to his pasty torchlit face and immaculate side-parting. Twitter asks us, relentlessly: “Do you condemn Peter Cvjetanovic and all his ilk?” Gladly, we cry as we slam ‘RETWEET.’ Job done. Good Guys 367000, Racists 0.

But what’s happened to our flesh – our own flesh? This is important because it’s not just the flesh in Charlottesville that needs condemning. The flesh in me needs to be condemned too. And something else needs to take hold or else the whole world is doomed to replay the carnage of this last weekend, both offline and on. So let me suggest a three-fold response:

Yes indeed, retweet the photo if you like. And certainly call evil “evil” because racism is definitely evil. But then also…

Second, admit that I am part of the problem.

I wouldn’t join this march, but like Peter Cvjetanovic’s namesake I’ve warmed myself by fires that I shouldn’t have in order to find acceptance. I too have taken the easy route, fallen in with the wrong crowd and trusted in unworthy grounds for my sense of self. I too seek an identity in ways that make me despise and diminish others. Maybe it’s because of my progressiveness, my piety, my pure theology, who knows but I too have flesh and that flesh needs condemning.

Third, admit that he is part of the human race.

Dear Lord Jesus, we have seen this weekend the fig leaves stripped away and the flesh in all its horror. We grieve. Lord have mercy.

We desperately need your grace because we all warm ourselves by the wrong fires, we all trust in the wrong saviours, we all condemn the wrong things – our neighbours and not our sins. We live by the flesh and we ought to die by the flesh.

But Lord Jesus, you took our flesh and you took our sin. You gave yourself to a torch-lit mob, you were convicted by an unjust system, you were shamed by hate-filled crowds, you were torn apart by the politics of envy and pride. Bearing shame and scoffing rude, in my place condemned you stood, sealed my pardon with your blood: Hallelujah, what a Saviour!

Lord, reveal yourself again to my heart. Assure me that my flesh is condemned in your cross and my life is hidden in your risen glory. May I know myself crucified with you and therefore dead to the flesh.

Reveal yourself to Peter and to all those swept up in this false gospel of flesh-righteousness.

Reveal yourself to a world so intent on justifying self and shaming others.

As you once revealed yourself through the mob, the hatred, the darkness and the death of Golgotha, reveal yourself again – through your gospel, through your people, even through me. Amen.